The second important difference for Baidu PPC is that your campaign and ad group names must not be longer than 30 characters. This difference could potentially cause difficulties for advertisers who use long names within their Adwords account and want to mirror the structure for their Baidu PPC account.

In order to prevent your campaign and ad group names from being rejected by Baidu during the upload, make sure you have named them according to the character limit or shortened the existing Adwords names in an appropriate way.

Bad news to advertisers who are used to the (seemingly) unlimited list of negative keywords on Adwords: Baidu only allows a total of one hundred negative keywords. Well, you could have one hundred negatives per campaign and another one hundred for each adgroup, but it is still way fewer than what Adwords allows. The recommendation for advertisers is to take the hundred shortest negatives on campaign level, which can cover as many essential negative terms and combinations as possible, and further add negatives on the ad group level. But what, when the allowed number of negative keywords on the ad group level has also been exhausted? Try change match type down to phrase or exact!

Besides these three major differences, there are some other small differences which you should be aware of, such as the format of dynamic keyword insertion and restrictions on display URLs. 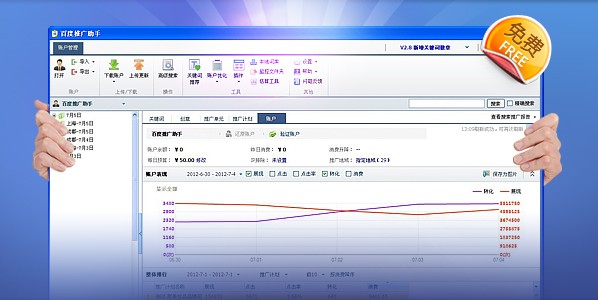 Make sure you have downloaded and installed the Baidu Editor desktop application for bulk upload. It has an English version and functions quite similar to Adwords Editor. If your account is located outside of China, be prepared that the uploading, downloading and performance data retrieval could take much longer than with Adwords Editor.