Posts from the ‘Qihoo’ category

Google has been continuously losing its search share in China after they left the Chinese search market around two and a half years ago. According to CNZZ, Alibaba Group’s third-party web analytics subsidiary, Google now ranks number 4 in China with 4.72 percent of search share in October, down from 5.08 percent the month before.

The search newcomer Qihoo 360, which has just been launched this August, has quickly advanced to the second position, capturing 9.64 percent of the market. Baidu’s share has dropped from 75 percent in September to 72.97 percent in October. 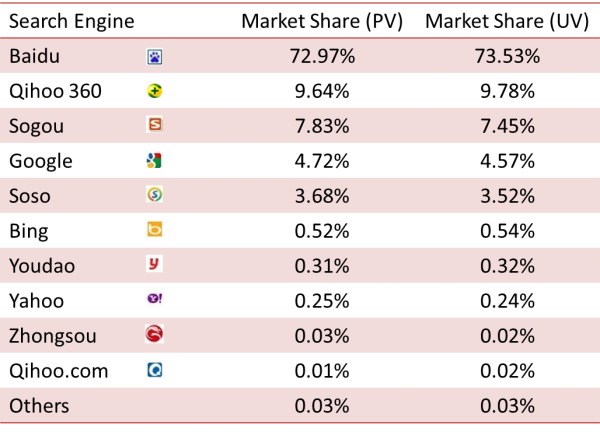